A big THANK YOU to our new hometown of Staunton, VA for welcoming us with open arms and making us feel like a vital part of a vibrant community! As most of you know, we moved from Old Town Alexandria to Staunton's historic downtown last year. It's been a wild ride but we've loved every minute of it and are so proud and grateful to call Staunton home!
If you're not lucky enough to live here, I highly recommend a visit. Check out VisitStaunton.com to see all that Staunton has to offer, including the American Shakespeare Center, Heifetz International Music Festival, Staunton Music Festival, Staunton Augusta Art Center, and many other arts and culture organizations, events, and activities. Staunton may have a small town feel but is definitely big on culture!
Harmony Moon celebrated our first year in Staunton (and 18 years all together) last week with a birthday party and mini-green fest. Check out these green businesses who participated:
Black Bear Composting
hOUR Economy
Linda Tabor, recycled crafts
Staunton City Backyard Hen Advocates
The Balanced Dog
Brittney Johnson, Top of the Mountain Healing
Joy Boardman, massages
We could not have survived 18 years without our loyal customers, old and new. Thank you for your patronage and support! Harmony Moon in the News 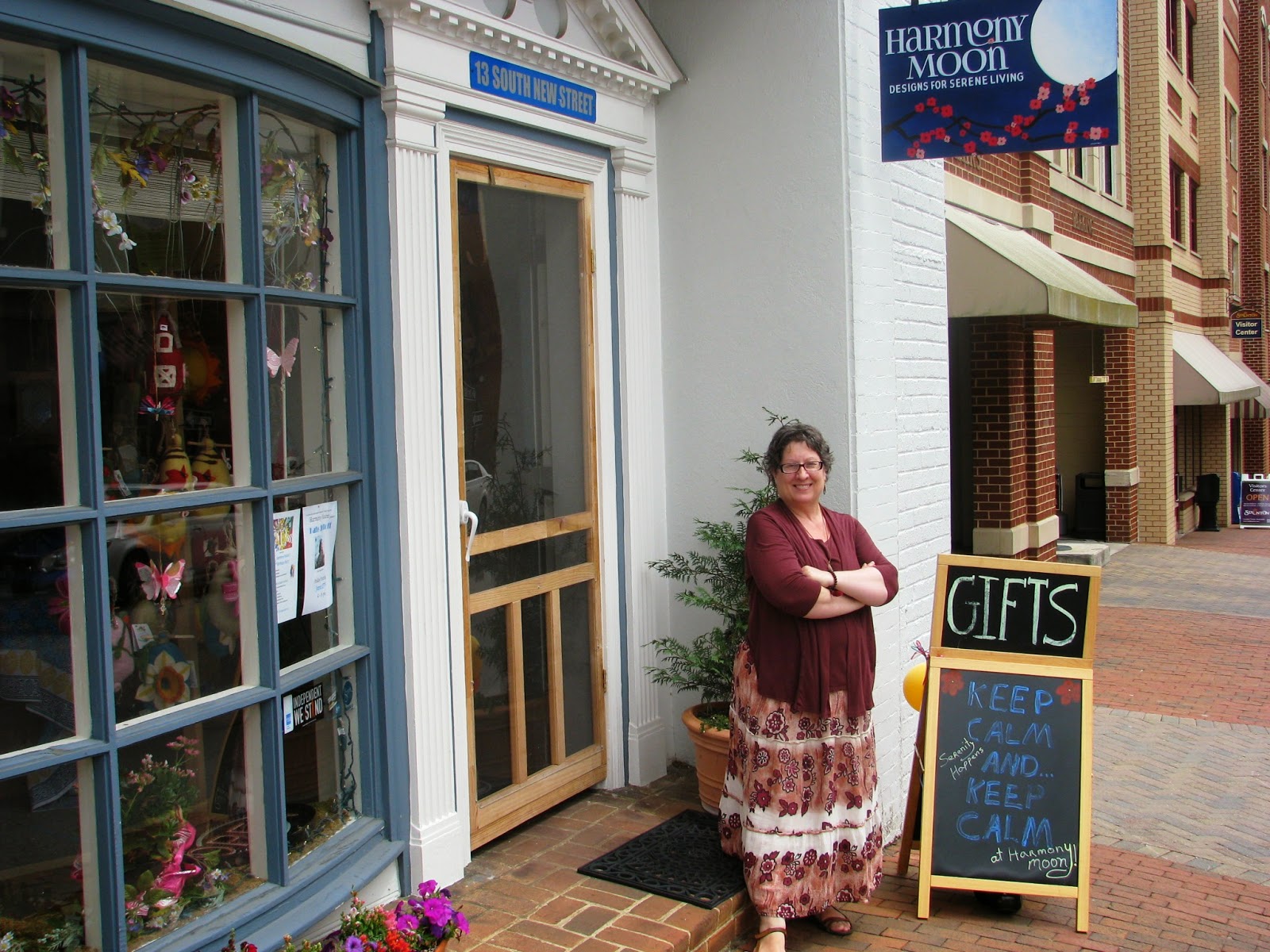 I was recently asked by Independent We Stand to write a guest blog about fair trade and buying local. Check it out here:
4 Reasons Buying Local Makes a Global Impact
And, in case you missed these recent news stories:
Posted by Sally at 4:14 PM 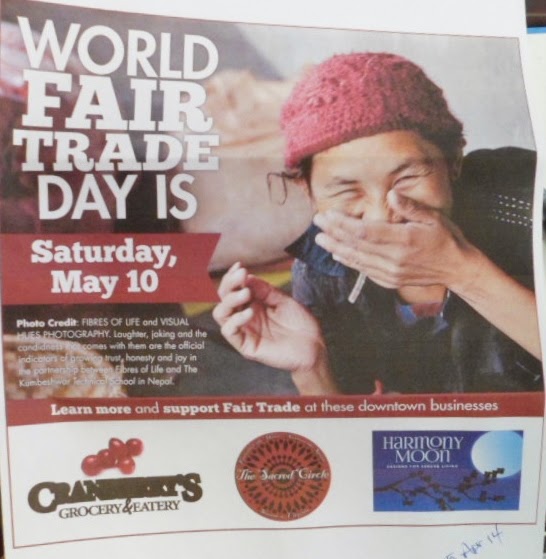 We had a fabulous World Fair Trade Day Celebration on May 10!  We partnered with two other fair trade retailers this year: The Sacred Circle and Cranberry's Grocery & Eatery. Participants sampled fair trade chocolates, chutneys, coffee, and tea and entered to win prizes at both Harmony Moon and The Sacred Circle. Cranberry's offered a 20% discount off all of their fair trade goods.
Staunton's World Fair Trade Day celebration was even featured on WHSV-Channel 3! You can watch the video here:
World Fair Trade Day Celebration in Staunton
Supporting fair trade empowers women in developing countries and lifts families and whole communities out of poverty.
It was a great day and we thank everyone who came out and participated in support of Fair Trade!
Posted by Sally at 4:06 PM 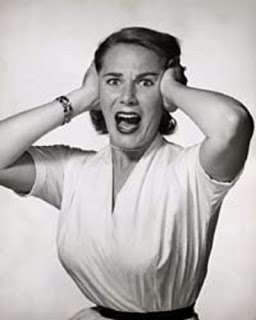 April is Stress Awareness Month, with National Stress Awareness Day designated as April 16th (the day after income taxes are due).
According to the American Psychological Association, more than 72% of all adults have experienced emotional or physical symptoms of stress in the last month with more than 62% of adults saying they have tried to reduce their stress levels over the last five years with little to no result. See the full study here.
Here at Harmony Moon, we are devoted to helping you live a gentler life including providing you with many resources to help manage stress. We offer meditation every week as well as many other stress-reducing classes and resources.  See a sample here.
Finally, we leave you with a little helpful reminder whenever you're experiencing a stressful situation:

"When we long for life without difficulties, remind us that oaks grow strong in contrary winds and diamonds are made under pressure." (Peter Marshall) 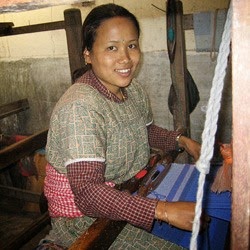 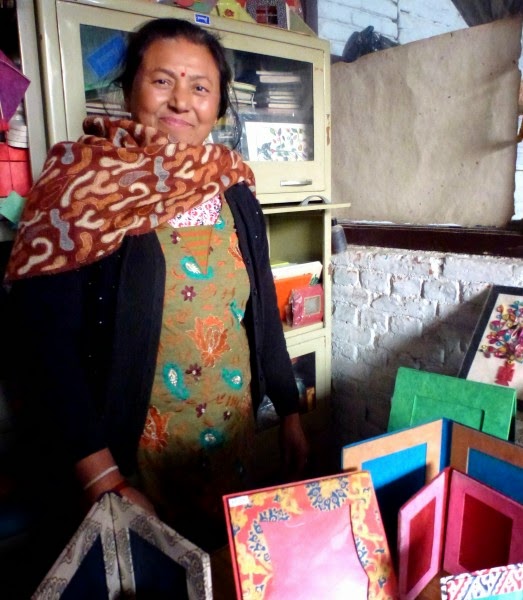 Thanks for a Great RAK Week! 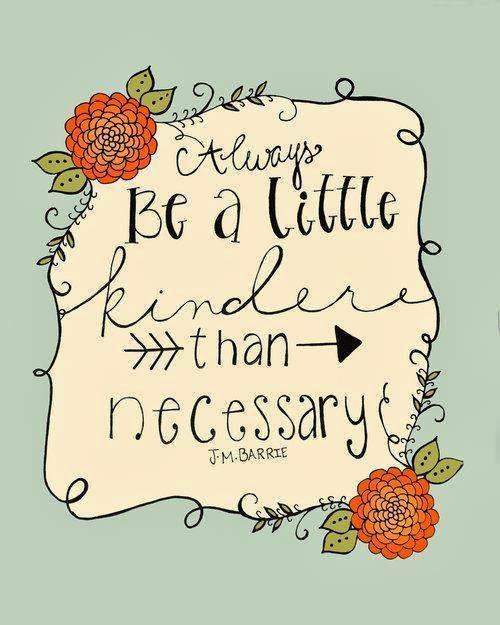 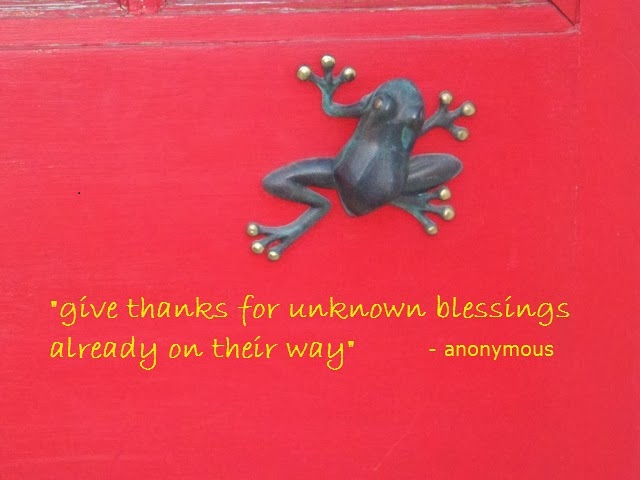 After a rather tumultuous 2012, our move to Staunton – with all its trepidations, hopes, and fears - turned out to be a wonderful blessing. We have met some amazing and talented people here, and made many new friends. With the help of both friends and strangers alike we were able to grow and expand the shop and community center in ways we had never imagined before. And there are even more good things on the horizon for the coming year.
We’re grateful, too, for the continuing support of our Northern Virginia/Maryland/DC and Beyond clientele. It is so heartwarming to know that you have not forgotten us. So many of you made the trip to Staunton to check out our new space and were surprised and delighted with the old-fashioned charm and hospitality of our new hometown. Staunton has a vibrant arts and culture scene and also is a mecca for outdoor enthusiasts. Check out all the wonderful events, happenings, and things to do at: VisitStaunton.com


Our biggest blessing is you, our wonderful and loyal customers. We are honored and humbled that you have continued to support us through seventeen years of transformations. And you've brought your friends, family, and visitors to see us and share in our little "oasis of serenity," expanding our community of fellow travelers to the 4 corners of the world.


Peace & Many Blessings to You in the New Year,
Sally & Scooter
Posted by Sally at 6:55 PM