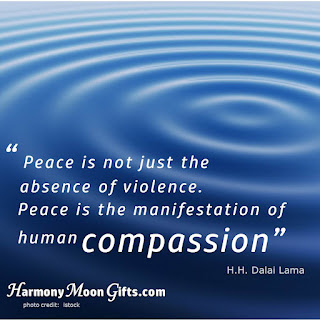 And, so, here we are again.  After celebrating the International Day of Peace (September 21) every year for 20+ years, this will be the second year in a row that Harmony Moon will NOT have an in-store celebration.  COVID cases are still surging and the CDC considers the Staunton micropolitan to be an area at  "Substantially High" risk for transmission.

Out of an abundance of caution, we have made the difficult decision to NOT re-open our community room for in-store events and workshops.  We are also still requiring that everyone - whether vaccinated or not - wear masks when entering the shop.

And in spite of all the craziness in the world, the anger and divisiveness all across the spectrum, we still believe in the goodness of humanity.   So, in lieu of our Peace Day celebration, we are calling for September 21 to be a day to "Check Your Compassion."   Please join us in working to spread more compassion in the world: 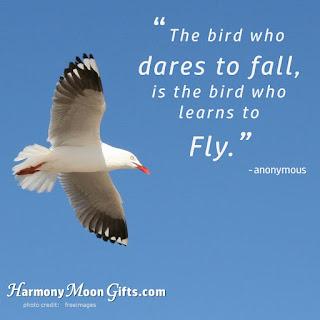 The fear of failure and of the unknown holds many people back from doing what they would really like to be doing - whether it's a new career, a move to a new town or different part of the country,  getting married, going back to school.  People who are successful in achieving their goals are people who have failed at them - in some cases many, many times.  And kept going.

As Thomas Edison once remarked when he was questioned about his ongoing and frustrating experiments in inventing an electric lightbulb that would be cheap enough for mass distribution: “I have not failed 10,000 times. I have not failed once. I have succeeded in proving that those 10,000 ways will not work. When I have eliminated the ways that will not work, I will find the way that will work.”   (Forbes, June 9, 2011)

Most of us have failed at one thing or another, some of us have failed many times.  Success entails NOT in overcoming your fear of failure but in knowing that you CAN fail and doing it anyway.  Detractors will come from surprising sources - even family and friends.  Supporters will come from surprising sources - even complete strangers who, perhaps, once embarked on a similar journey of their own.

Keep going.   Keep experimenting with all the 10,000 ways that ultimately won't work until you find the way that will.  Follow your dreams, knowing that you can fail and planning for that failure.  Then get up and try again.  Expecting and planning for failure until you are astonished and delighted at success.

Most of you know that Harmony Moon began 25 years ago in Alexandria, Virginia.  We nearly closed our doors during the Great Recession of 2008-2012 .  We experimented with 10,000 ways to keep the doors open and when we could no longer afford the commercial rents in the DC-area, we packed up and moved to the Shenandoah Valley.  When the Great Pandemic started, it was, in the words of Yogi Berra, "Deja vu all over again."  And so, 8 years after our move to Staunton and a year into the covid19 pandemic, we are astonished and delighted that we are still here.  Day by day, we get up, open the doors and keep on doing what we do.  And in more than 10,000 ways, we are grateful for your support. 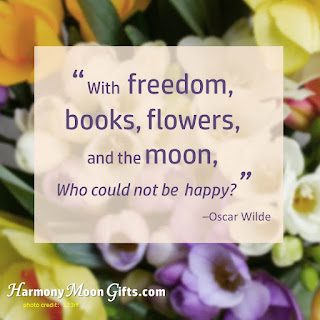 Hope springs eternal and with Spring comes hope.  As we grow ever nearer to freedom from the COVID19 pandemic, we've been busily awaiting your return to in-store shopping by bringing in new handmade décor for your home and garden.check out the full list here